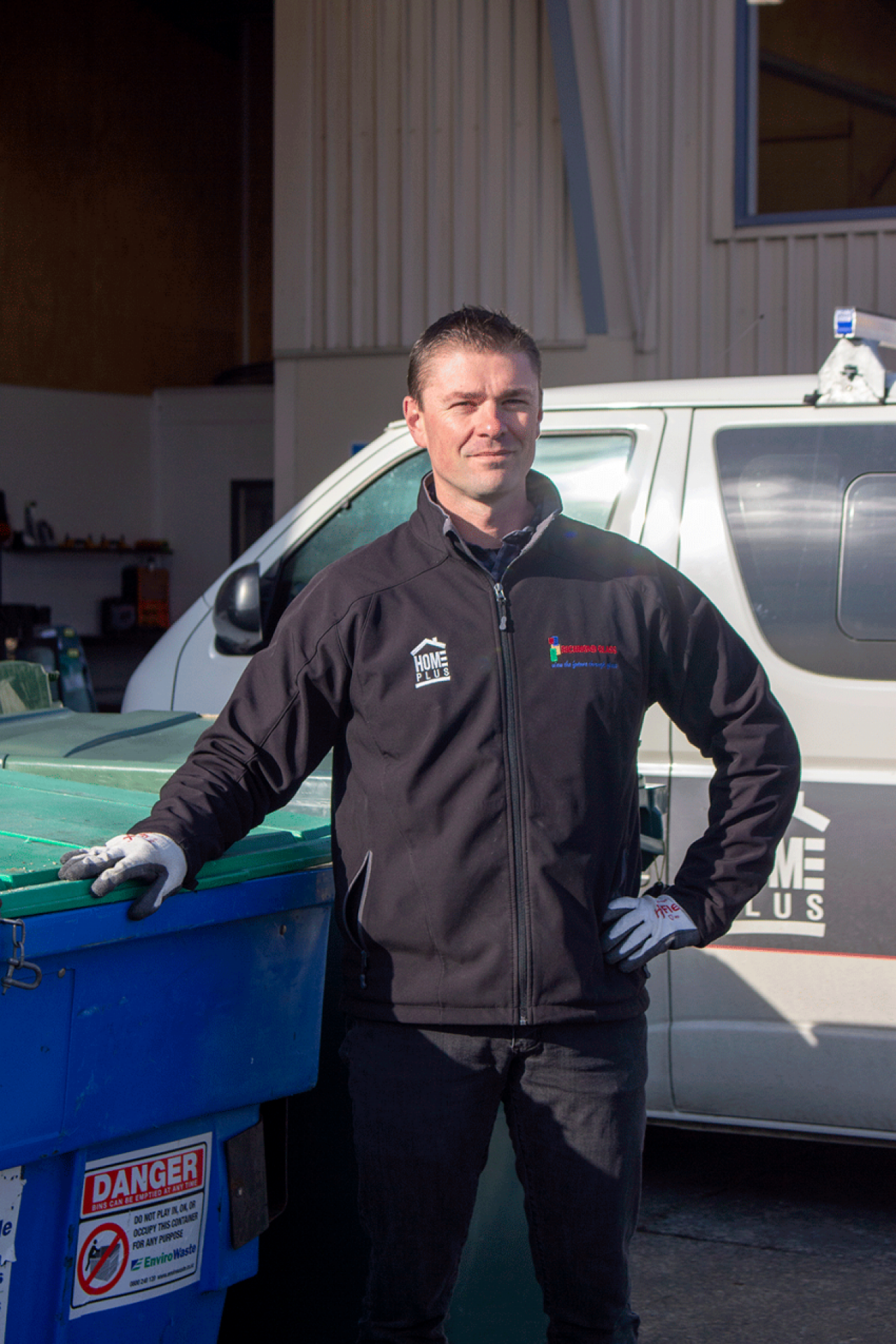 Recycling champions, small changes have made a difference

HomePlus Nelson is part of the Richmond Glass group, which is run alongside the head office and glass production facilities in Richmond, Nelson. General Manager Ben Homan joined the team in 2019 and was focused on reviewing each part of the business, including the large monthly charges for waste removal of $2000-$3000  for approximately 2-3 skips per week.  The skips mostly contained glass waste from replacement windscreens, doors and windows and to a lesser degree suppliers packaging (including wooden pallets, cardboard, foam and plastic), along with their own general waste.  He was staggered to realise that this was around 46 tons of waste per month. which went directly into landfill.

Ben was driven to do something about this and began by seeking out a partner who could help him with waste reduction.  He worked with NZ Company 5R Solutions, who specialise in recycling (particularly glass recovery), to see how they could help them reduce their landfill waste and costs. With a mission to Reduce, Recover, Reuse, Residual and Recycle materials, 5R solutions have developed a program that works across the whole range of waste materials produced by glass businesses. Chris Grant from 5R did an onsite assessment and advised Ben on ways to reduce waste, including a range of collection options for the different materials. 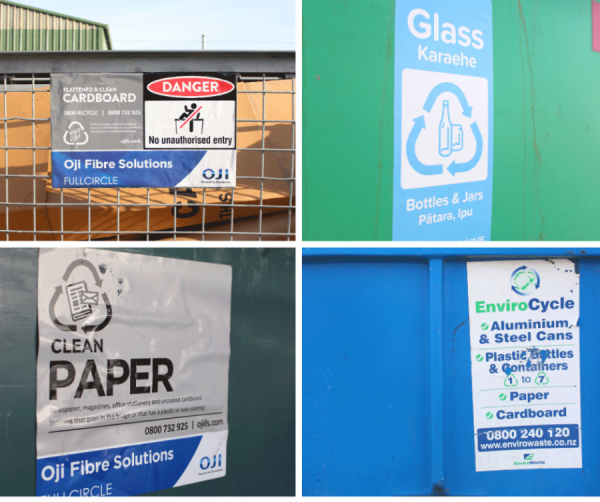 So new recycling bins were bought in for:

These were placed alongside existing recycling bins for cardboard, plastic containers and general waste.

Ben met with his staff and outlined the changes the team would need to make, sorting their waste into a range of bins, rather than one large rubbish skip.  He discussed the environmental benefits of diverting the waste from landfills and the difference cost savings would make for the business. But like everything, he knew the best way to bring about change was by leading by example. 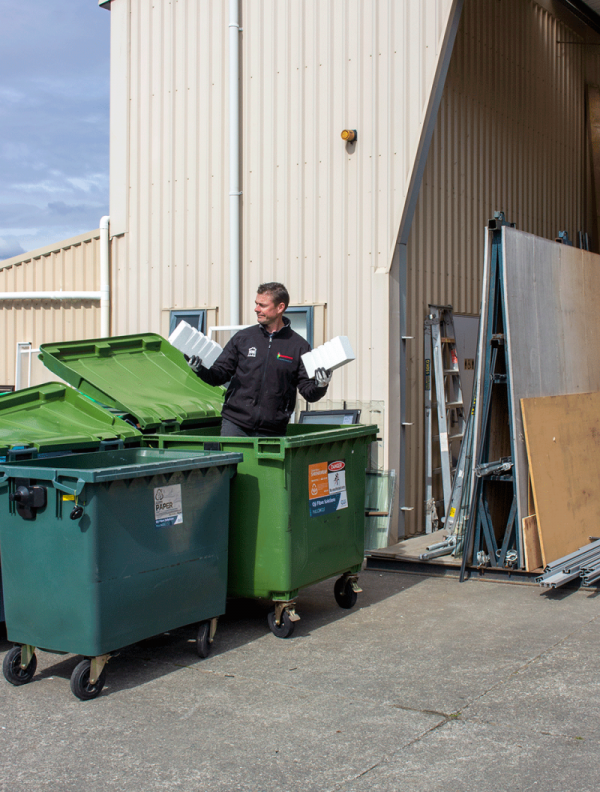 The difference after just a week was remarkable, but some staff were still not fully embracing the new program, so what did Ben do?  Well he likes to call it a bit of ‘detective work’, whilst his staff describe it as ‘dumpster diving’.  After lunch he separated out any materials that had been put in the wrong bin, then followed up with the staff member who had done this, gently reminding them that they needed to sort waste into different bins now.

Positive changes to the environment impact have been significant – taking 46 tons per month away from the landfill, but the financial savings are also noteworthy.  Previously the average monthly spend was $2,596 (ex GST) for waste removal. With the recycling program in place the cost has dropped to an average of $592 (ex GST) per month.  These costs are mostly bin hire rather than waste removal and add up to savings of $24,048 (ex GST) per year.

So for some fairly minor changes in staff behaviour – sorting their waste materials into the appropriate recycling bins rather than dumping them into one rubbish skip, the results are exceptional.  A true win-win situation that has meant the changes are far more palatable – well done to Ben and his team at HomePlus Nelson & Richmond Glass.

You find out more about HomePlus Nelson here. HomePlus Nelson team sorting out their waste for the recycle bins

Summer will arrive faster than you think
Spring is officially here! Now is the time to protect against bugs
Add LED lighting to your louvre roof

Summer will arrive faster than you think

Daylight saving is just around the corner. September means that officially spring is.

9 September 2021 Spring is officially here! Now is the time to protect against bugs

The Venette retractable pleated screens are the pinnacle of insect screen technology and style; a unique combination of...

The HomePlus Outdoor Living systems are more than just a pergola with an automated louvre roof.

When it’s hot and the weather is sweltering it’s almost a given that the front door will spend...

Enter a search in the field below.

Free Measure & Quote to help you with your project.